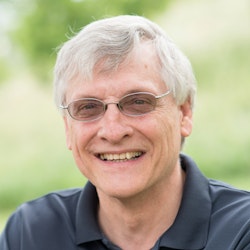 Christopher A. Hall is a member of the Renovaré Ministry Team. He served as president of Renovaré from 2015-2022.

Dr. Hall possesses a B.A. from UCLA in history, an M.A. in biblical studies from Fuller Theological Seminary, a Th.M. from Regent College, and a Ph.D. from Drew University. He has served in the pastorate overseas (France, 5 years) and in Canada (British Columbia, 2 years). He has also served as Director of Pastoral Care at New Jersey’s only state gero-psychiatric hospital.

Dr. Hall has ministered in Asia, Africa, South America, Europe, the Middle-East, Canada, and the United States. He served on the editorial board of Christianity Today. He has published articles and book reviews in Christianity Today, Catalyst, Christian History, inMinistry, Books and Culture, Christian Scholars Review, Modern Theology, and Crux.

He and his wife Debbie reside in Philadelphia and have three children and two grandchildren.

Chris's entire 22-lesson course on the Foundations of Christian Spirituality is available free of charge.

“Spiritual formation is intensely relational.” In the audio clip below, Chris Hall helps us understand how we become “ever more human as we become ever more like God.” Taken from a Renovaré Making Ordinary Saints Gathering in Paoli, PA.